Visual artist Olafur Eliasson (b.1967) grew up in Iceland and Denmark. In 1995, he founded Studio Olafur Eliasson in Berlin, which today comprises a large team of craftsmen, architects, archivists, researchers, administrators, cooks, art historians, and specialised technicians. Natural phenomena—such as water, light, ice, fog, and reflections—feature prominently in Eliasson’s often-large-scale artworks. He is internationally renowned for works like The weather project (2003), an indoor sun shrouded in mist installed in the Turbine Hall at Tate Modern, London and seen by more than two million people, and his public art project The New York City Waterfalls (2008), a commission by the Public Art Fund with the support of former mayor Michael Bloomberg for which he installed four artificial waterfalls along Manhattan and Brooklyn shorelines in New York. Another acclaimed project in public space is Ice Watch, a public installation for which Eliasson and geologist Minik Rosing transported 12 massive blocks of glacial ice from Greenland to Copenhagen’s City Hall Square (2014) to coincide with the Fifth Assessment Report of the UN Intergovernmental Panel on Climate Change. The project was reiterated in Paris (2015) and London (2018).

Since the mid-1990s, Eliasson has mounted major exhibitions at prominent art institutions around the world, including the Museum of Modern Art, New York, USA; Fondation Louis Vuitton, Paris, France; Palace of Versailles, France; Pinacoteca do Estado de São Paulo, Brazil; Moderna Museet, Stockholm, Sweden; and the Modern Art Museum: Gebre Kristos Desta Center, Addis Ababa University, Ethiopia. He represented Denmark at the 50th Venice Biennale in 2003. In 2019, Tate Modern, London, dedicated a large survey exhibition to his work, Olafur Eliasson: In real life, which travels to the Guggenheim Museum Bilbao in early 2020. Recent exhibitions Symbiotic seeing at Kunsthaus Zürich, Switzerland and Olafur Eliasson: Sometimes the river is the bridge at the Museum of Contemporary Art Tokyo, Japan contribute to a greater aim to encourage fundamental shifts in perspective that allow for seeing that which is not obvious, the invisible.

Through his work, Eliasson imbues spatial situations with theoretical deliberations in a way to not only appeal to people rationally but also touch them emotionally and move them physically. He invites a reflection on climate change – as a consequence of human action – but also in comprehending the human being as part of a larger system. In 2012, Eliasson founded the social business Little Sun with engineer Frederik Ottesen, designing a portable solar-powered lamp to replace fossil-fuel lighting in communities without electricity and to raise awareness of the need to expand sustainable energy access. 2019 marked the distribution of 1 million lamps worldwide, over half of which are in off-grid use. In 2019 Eliasson was appointed Goodwill Ambassador for renewable energy and climate action by the United Nations Development Programme. A newly realized work, The glacier melt series 1999/2019 brings together thirty pairs of images of Icelandic glaciers dating from 1999 and 2019 to reveal the dramatic impact that global warming is having on our world.

As a professor at the Berlin University of the Arts, Olafur Eliasson ran the Institut für Raumexperimente (Institute for Spatial Experiments), an innovative model for art education and research, from 2009 until 2014. In 2014, he and architect Sebastian Behmann founded Studio Other Spaces, an office for art and architecture.

LET’S SHINE A LIGHT ON CLIMATE 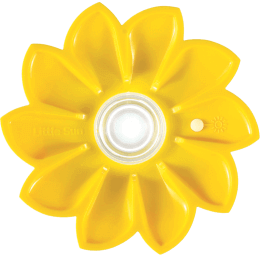 Together, we can create a thriving world powered by the sun.

We use cookies on our website to give you the most relevant experience by remembering your preferences and repeat visits. By clicking “Accept”, you consent to the use of ALL the cookies.
Cookie settingsACCEPT
Manage consent

This website uses cookies to improve your experience while you navigate through the website. Out of these, the cookies that are categorized as necessary are stored on your browser as they are essential for the working of basic functionalities of the website. We also use third-party cookies that help us analyze and understand how you use this website. These cookies will be stored in your browser only with your consent. You also have the option to opt-out of these cookies. But opting out of some of these cookies may affect your browsing experience.
Necessary Always Enabled
Necessary cookies are absolutely essential for the website to function properly. These cookies ensure basic functionalities and security features of the website, anonymously.
Functional
Functional cookies help to perform certain functionalities like sharing the content of the website on social media platforms, collect feedbacks, and other third-party features.
Performance
Performance cookies are used to understand and analyze the key performance indexes of the website which helps in delivering a better user experience for the visitors.
Analytics
Analytical cookies are used to understand how visitors interact with the website. These cookies help provide information on metrics the number of visitors, bounce rate, traffic source, etc.
Advertisement
Advertisement cookies are used to provide visitors with relevant ads and marketing campaigns. These cookies track visitors across websites and collect information to provide customized ads.
Others
Other uncategorized cookies are those that are being analyzed and have not been classified into a category as yet.
SAVE & ACCEPT